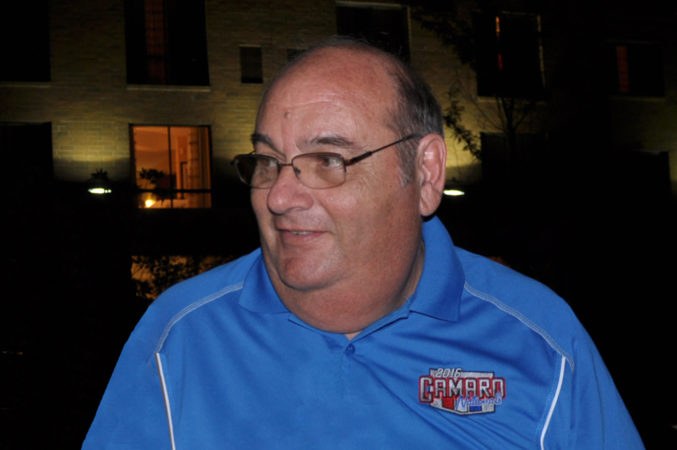 I will always remember Bud as a real car guy and a devoted grandfather. I first met him and Marla, with his recently purchased 1968 SSRS big block, back in 1999 at the first Camaro Nationals. He really got off on how everyone was so friendly and talked to him about his car. At the awards ceremony, his name was drawn as the winner of an advanced driving course at the Bragg-Smith / Stone Mountain track in Nevada (courtesy of GM).

“Mr. Bud” was hooked. He dug into the Camaro hobby with gusto. Later, when asked to help out with the Nationals, there was no hesitation, and he never backed off; becoming the show chairman when the event moved to Maryland.

When I first met their grand daughter Crystal, she was about a year old…and there was no doubt that her grandparents were smitten. Bud always promoted “Take a Kit to a Car Show”; and he lived by that adage. Crystal went to every show Bud and Marla did – from New Jersey and Delaware – to Tom Henry’s in Bakerstown. She would frequently make passer-by’s head turn with her knowledge of Camaros (and of course big blocks). “How did the knowledge come out of that little girl?” Boy, would Bud grin when that happened.

Bud was determined to see Crystal graduate High School this June, and then hang out with his Camaro friends at this year’s Nationals, but it was not to be. Things happen way to suddenly.

The Day the Panther Died

ONE OF THE FOLLOWING